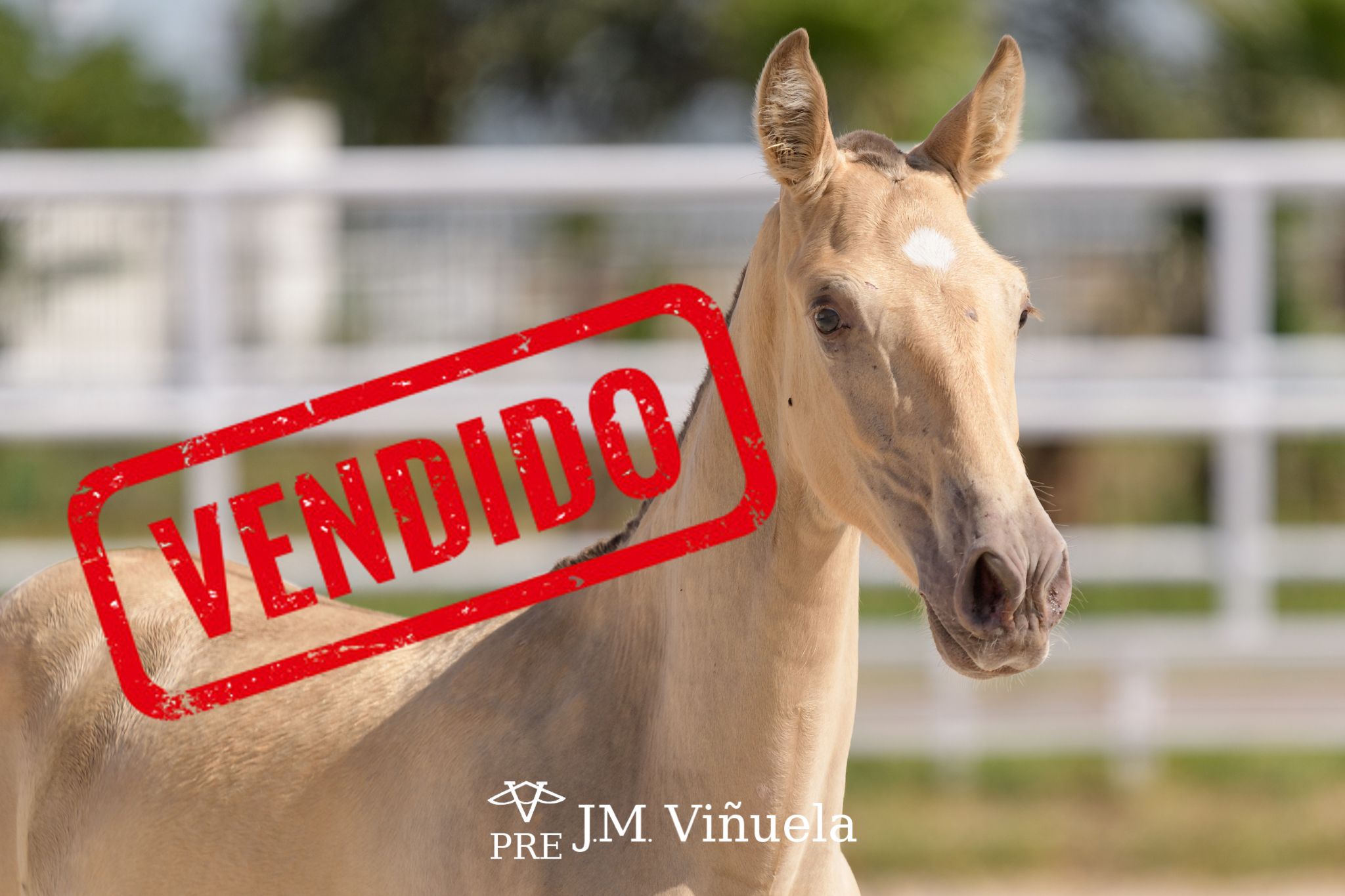 “Mencia VLR” is a foal less than a year old, but with a style and movements that many mares would like.

With a spectacular Isabelo color, she is delighting those who have already seen her and “Mencia VLR” already has several interested in her.

Elegant movements, fine but determined and a trot and innate position in a filly of her category.

The origins of “Mencia VLR” are one of the best, daughter of “Descaro PM II” from the Paco Marti stud farm. And by the maternal line, granddaughter of “Oficial XXI”

“Mencia VLR” is for sale at our stud farm, but as we have already told you, many eyes are on her. Are you going to let this opportunity pass you by?

We ship all over the world and we take care of everything you need.

We like to attend our customers in a personalized way, that’s why we prefer you to send us WhatsApp +34 635 610 321 and we’ll give you information and prices according to your tastes and preferences. 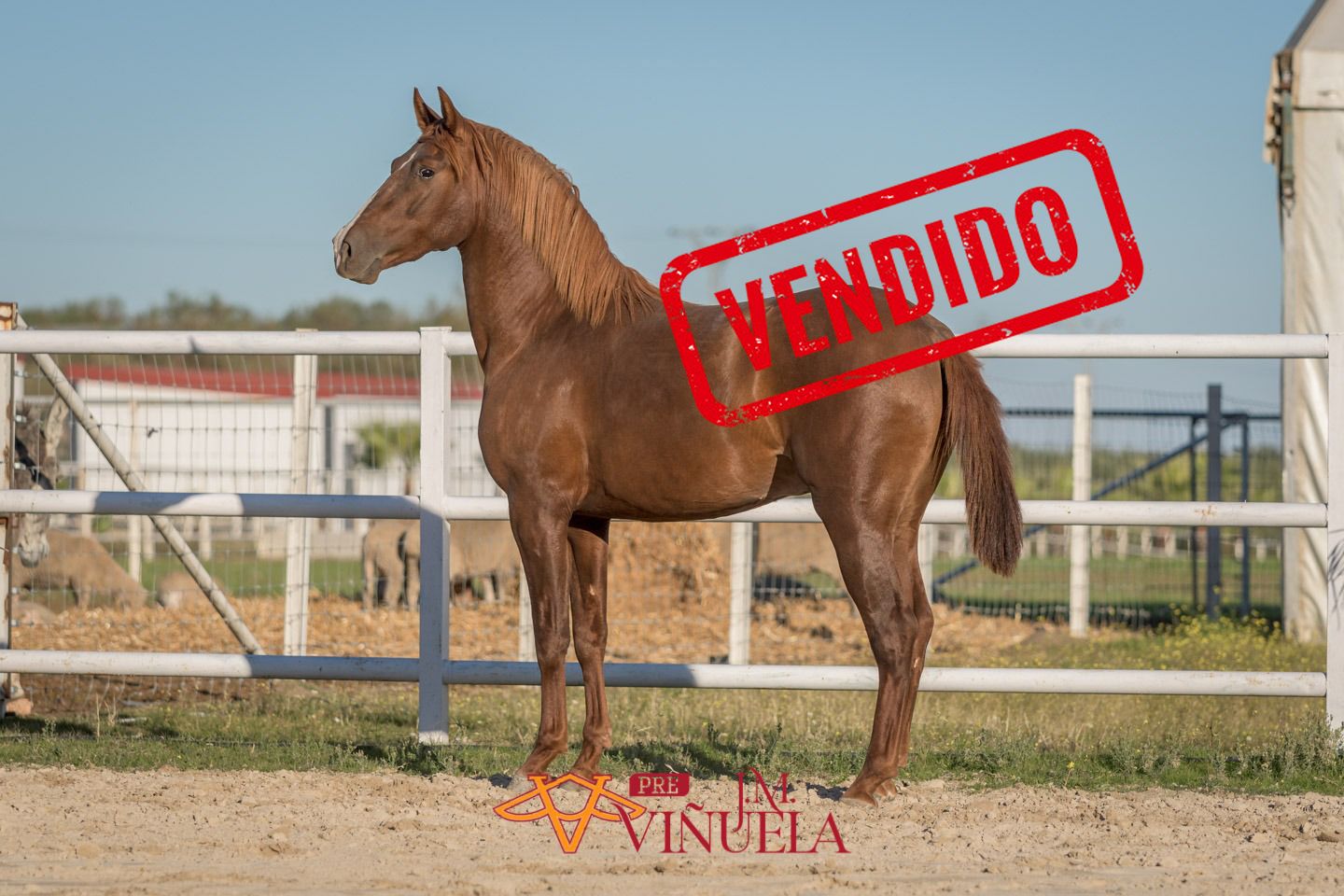 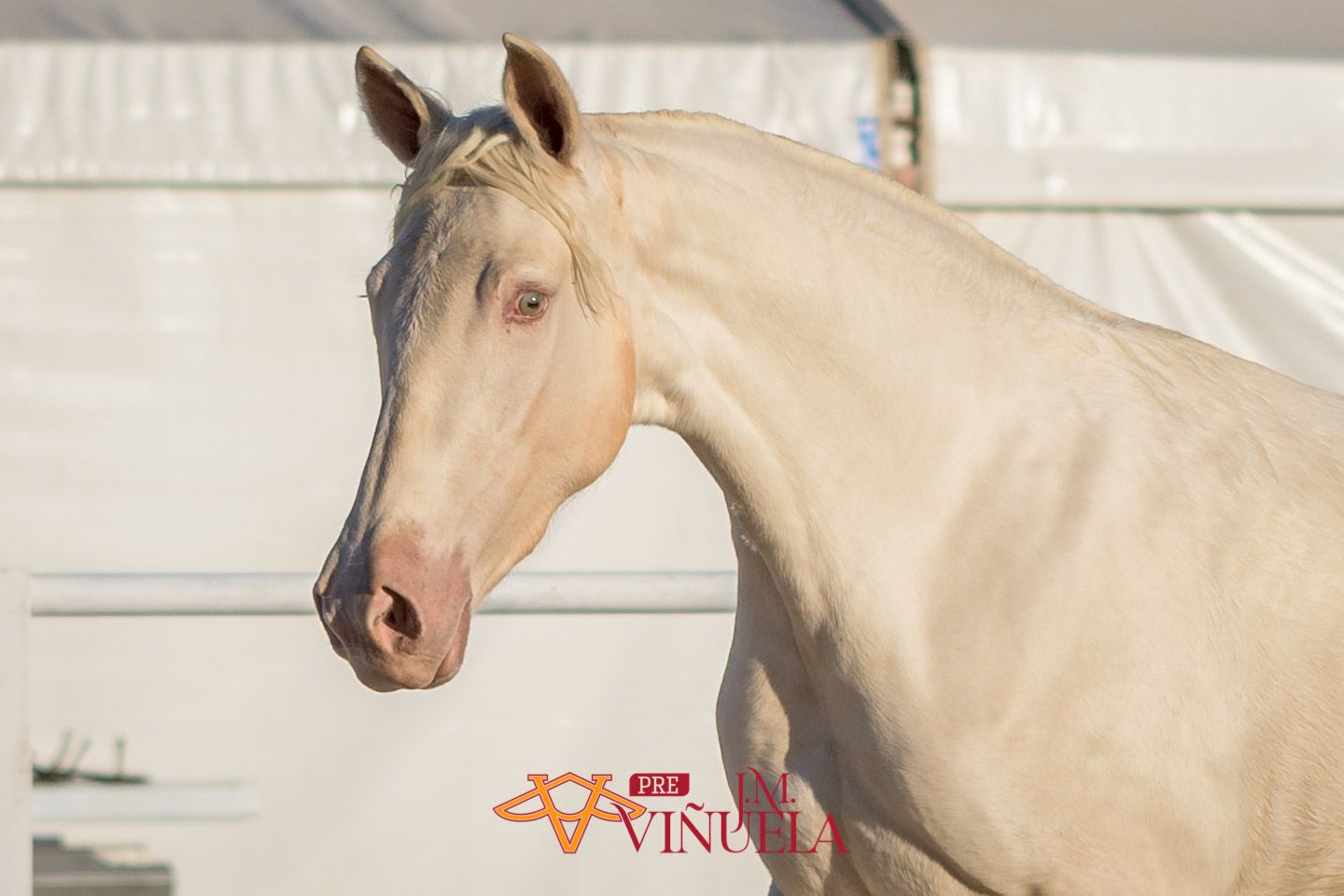 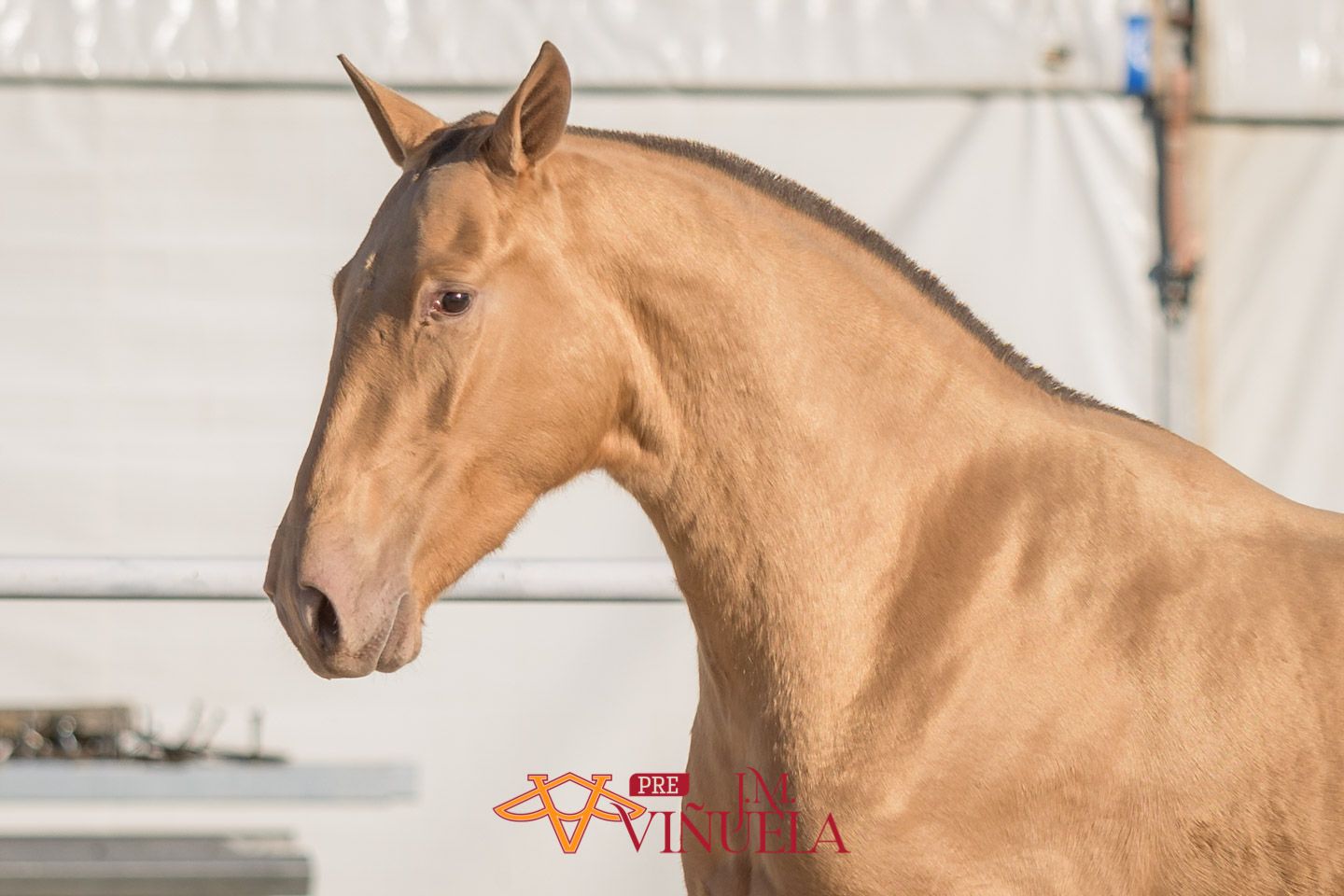 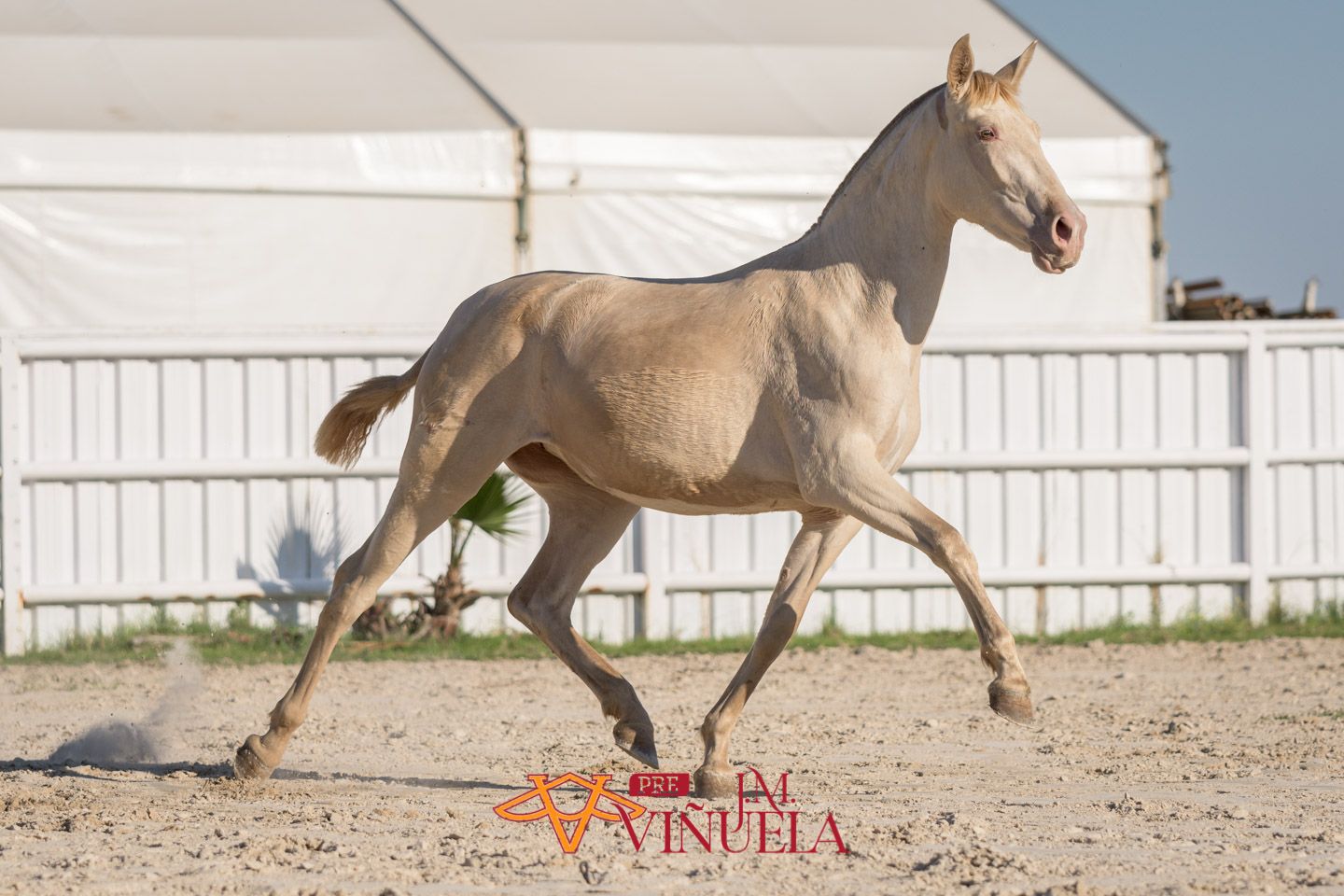 We use cookies on our website to give you the most relevant experience by remembering your preferences and repeat visits. By clicking “Accept All”, you consent to the use of ALL the cookies. However, you may visit "Cookie Settings" to provide a controlled consent.
Cookie SettingsAccept All
Manage consent

This website uses cookies to improve your experience while you navigate through the website. Out of these, the cookies that are categorized as necessary are stored on your browser as they are essential for the working of basic functionalities of the website. We also use third-party cookies that help us analyze and understand how you use this website. These cookies will be stored in your browser only with your consent. You also have the option to opt-out of these cookies. But opting out of some of these cookies may affect your browsing experience.
SAVE & ACCEPT
×